We encourage attendees who are at all levels of musical experience to drive the weekend by suggesting or leading workshops and by gathering for impromptu music sessions and conversations.  We also hire staff to share their expertise in specific traditional folk genres and the contexts of those song traditions, and to mingle and mentor. For YTS 2022, we will have three full weekend staff, each teaching three workshops, and three additional "spotlight" staff, each teaching one workshop. We are also delighted to have Dena Ross Jennings back, teaching two workshops on antiracism and appropriation issues in traditional music.

Last minute change: Unfortunately, Edith Gawler is ill and won't be able to join us at YTS 2022. Her sister Elsie Gawler has graciously offered to step in! 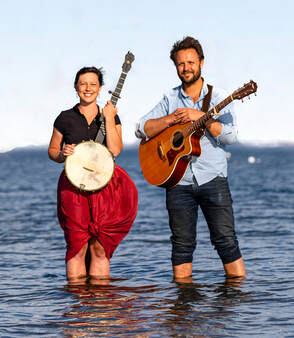 Elsie Gawler and Ethan Stokes Tischler deliver original and traditional songs and tunes that come straight from the heart. These New England based songsters, on fiddle, guitar, vocals, cello, and banjo, bring together their unique musical backgrounds to create a rich original sound that is alive with their love for the music they make together.

Elsie and Ethan have each shared their music and spirits with audiences across New England and beyond while maintaining a deeply rooted connection to the thriving Vermont and Maine based folk music communities from which they've emerged.

Jael (Yaya) Patterson is a native to Prince George's County, Maryland. At the encouragement of her grandmother, she began singing in church as a young child and later began a formal music education at eight years old. Yaya studied music therapy at Temple University & became a direct social service worker, working with homeless individuals & adults with severe mental illness for 5 years. Yaya currently works as a community healer through the arts, partnering with Archie Edward's Blues Heritage foundation & The Rhapsody Project.

​Julia Friend is a singer of pub songs, sea shanties, and ballads. She loves the power and vulnerability of the human voice. An occasional performer at small folk festivals, Julia is happiest swapping songs and blending harmonies in dark corners in the wee hours of the night. She co-authored CDSS's folk singing starter kit, helped launch Youth Traditional Song Weekend, and generally cheers for singing in all genres. She lives in Brattleboro, VT where she hums incessantly and organizes semi-regular singing parties with friends. 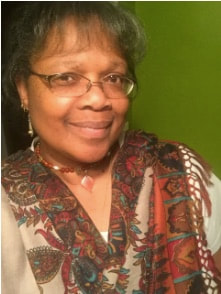 Dena Jennings, D.O. is a physician and artist in Central Virginia. She was born in Akron, Ohio and was raised the 5th generation of Appalachian descendants tracing her mother's family to enslaved Black, and free Scottish people of the Cumberland Gap. She is the descendant of Black Virginian and East Indian ancestors on her father's side.

Twenty years after establishing her medical practice and a nonprofit organization for conflict transformation and human rights advocacy, Dr. Jennings moved to Ontario, Canada where she learned to hand carve modern instruments made from gourds and other natural fibers in the style of traditional instruments from around the world. Upon meeting her husband, she relocated to Central Virginia and re-opened the medical practice and human rights nonprofit. Today, the waiting room is a gallery for her sculpted instruments and a listening room for Appalachian and Black American roots music.

Currently, Dr. Jennings sculpts from her farm studio, conducts instrument building workshops and conflict transformation retreats, performs Appalachian and folk Bengali music on gourd instruments, and hosts the Affrolachian On-Time Music Gathering at the farm. It is an annual retreat and concert featuring Black American string band musicians from across the United States, Canada, and the United Kingdom. She endeavors to build the Beloved Community through her devotion to music, culture, and social justice.

Frankie Armstrong has sung professionally in the folk scene and the women’s’ and the peace movements since the 1960s.  She pioneered community voice workshops in 1975. She has always been interested in exploring voice and song in its historical, cultural, political and spiritual dimensions. She sees the voice as a tool to aid our self-expression, creativity and confidence. And, for more than three decades, she has focused particularly on the body-voice connection, having worked and trained with a variety of bodywork and movement teachers.

The development of her voice and singing workshops was informed by her passion for the traditional styles of singing in the British Isles and from around the world, along with her involvement in the ‘natural voice’ developments in the theatre world (particularly the work of Cicely Berry and Kristin Linklater). Over the years she has run workshops with almost every kind of group – for children of all ages and abilities, professional theatre companies, community and women’s groups, people with disabilities, drama students, therapists, psychiatric patients, folk song students and the elderly. Whatever the specific focus of her workshops, she believes in creating a supportive, generous atmosphere where people do not feel judged or under pressure to get things “right”. The intention is to help people find their own unique voice that generates energy, confidence and a sense of lifefullness.

Frankie has made 12 solo albums, as well as featuring on numerous shared and themed recordings. She has written an autobiography (As Far As the Eye Can Sing), and contributed chapters to 11 other books. She is founder and President of the Natural Voice Network, which grew out of her voice teaching and training work. Frankie is also an honorary member of the Voice and Speech Trainers Association (VASTA) of North America, and was awarded the Gold Badge in 2018 by the English Folk Dance and Song Society. She is also a Patron of Musicians for Peace and Disarmament (MPD).

Cohen Braithwaite-Kilcoyne is well known on the English folk scene for his work with the BBC Radio 2 Folk Award nominated trio ‘Granny’s Attic’ and as a soloist. Originally from Birmingham, Cohen developed a keen love for melodeons and concertinas while still at primary school. Cohen’s main passion is for English traditional music and song, but his musical interests run broader than that, into Baroque music, ragtime and Victorian popular music- and he has been known to throw all of these into his performances and teaching. Cohen is an experienced teacher and has worked with students of all ages in workshops and on a one-on-one basis, both in England and abroad.

​Nanne & Ankie have been playing together since 1980, singing in Frisian, Dutch, Esperanto and in English. They accompany themselves on several instruments such as guitar, mandolin, concertina and shawm. They specialize in the history of New Amsterdam and New-Netherland. Song lyrics describe the time from 1609, with the arrival of Henry Hudson exploring the Hudson River, through 1664 when ‘Nieuw Nederland’ Governor Pieter Stuyvesant had to hand over the colony to the English. Originally the songs were written in the Dutch language, but many of them have been translated into English by American poets and singers.